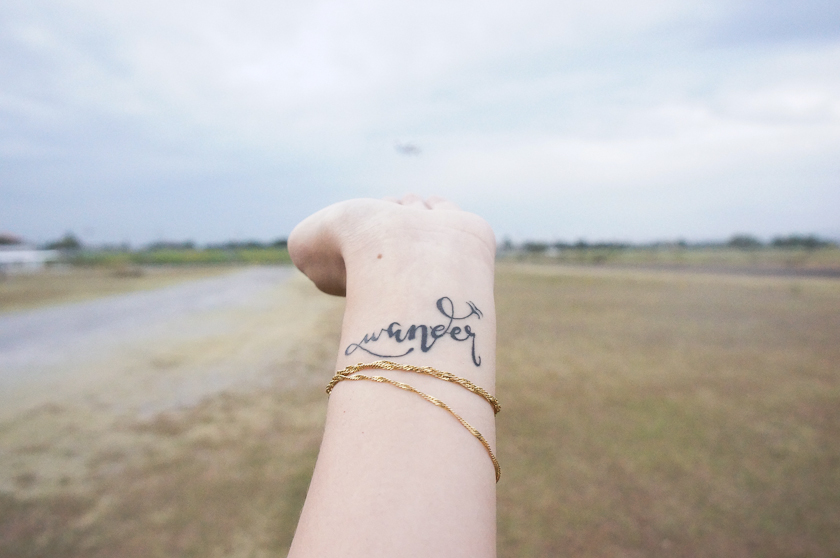 Last Christmas, I told my friends I had a feeling 2016 would be an eventful year for me. Call it a hunch, but I just knew it would bring about something great, or at least something greater than the year before.  I even ushered it in with my family in Batanes, one of the most beautiful places in the Philippines. There was no way my year could go wrong.

Barely two weeks in, and I was suffering from vertigo and what my doctor would diagnose as acute hearing loss. It eventually healed, much to my relief, but it left me shaken. Add in the turmoil of my job, and I was dazed and confused and so, so stressed.

But I had another chance, because February meant Chinese New Year. And though I’m not Chinese and not really into horoscopes and zodiacs, I learned that the Year of the Fire Monkey would be a great one for Dragons. Ding, ding, ding. I thought, This is it.

February 8 came and went. Still no turning point. It’s okay, I told myself. My year only really starts on my birthday, anyway. So my deadline for that “something great” moved to March 31.

Why am I recounting all this? For one thing, I’ve been away from the blog for so long that I had no idea how to start again. The bigger reason though is my realization that “something great” doesn’t always mean something good and happy. It’s something that disrupts the norm and brings change, and sometimes it’s sad and hard and painful. I’d been so preoccupied with waiting for the “yay” moments and brooding over the “nay” ones that I almost skated over my many blessings. Like my doctor’s Your hearing is back to normal. Or my brother and new sister-in-law’s I dos. Or even my friends’ You can do this and my parents’ I love yous. And really, overlooking those quiet moments would’ve been more tragic than them not happening at all.

Before writing this, I hadn’t known how to sum up the past year. I could say that it was one of change, but I feel that the biggest change is yet to come. I’ll use another C-word instead: commitment. The past months that I’d been MIA saw me making commitments and rethinking them. The biggest I made? Getting a full-time job—one that has had me changing titles faster than I go through my wardrobe. I made a commitment for life too. It’s inked on my left inside wrist—a promise to wander, whether it’s on my feet or on the wings of my imagination. Both commitments were/are painful and hard to accept at times and glorious at others.

Then there are the commitments I’ve had to break (my blogging at Will Read for Feels ends this month) and those I’ve had to pass up on. If there’s one thing I realized about myself at the end of 2015, it’s that I take commitments seriously. I find the waffling and uncertainty worse than the act of saying no or I can’t do it anymore. It’s all or nothing. Either way, I’ll try my hardest to have no regrets.

So there you have it. I’m back, blogosphere, and I’m ready to make “something great” happen.

Oh, and one more thing—I am finally officially going to backpack Europe.