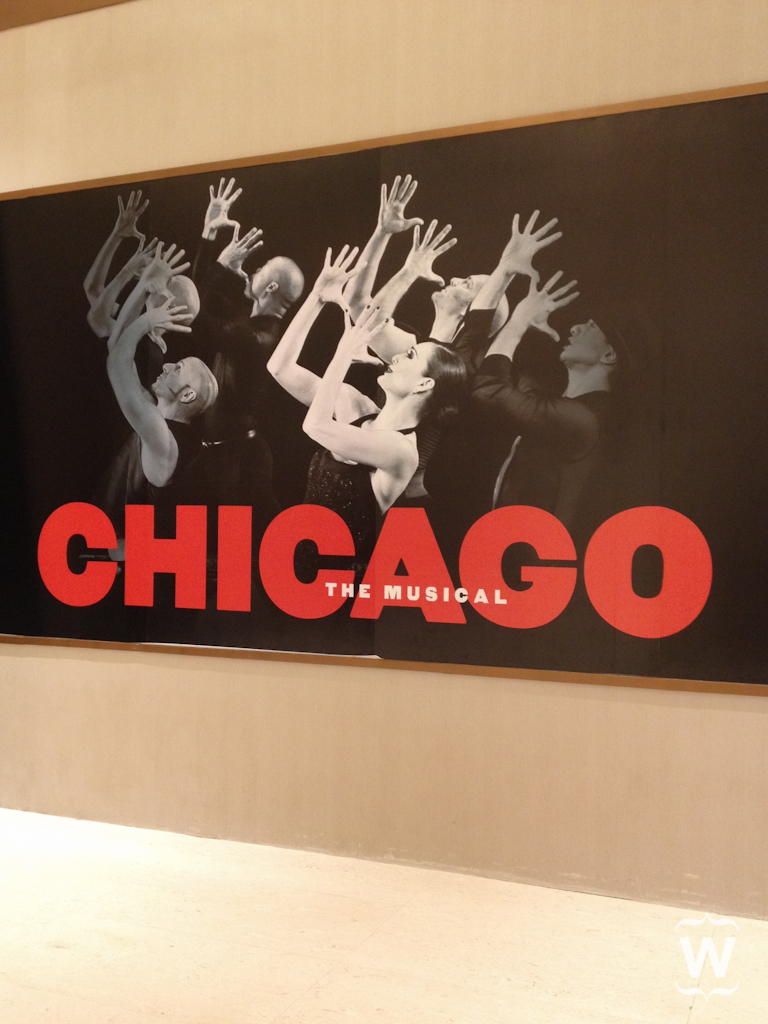 So my blogging streak has been interrupted once again, this time by the holiday madness. I’ve got a lot to share with you guys, but for now, I’ll start with the end…the end of my 2014 theater exploits, that is.

I hadn’t planned on watching Chicago live since I’d already seen the movie, but my sister asked for tickets to the show as my parents’ gift to her, so I ended up happily accompanying her. 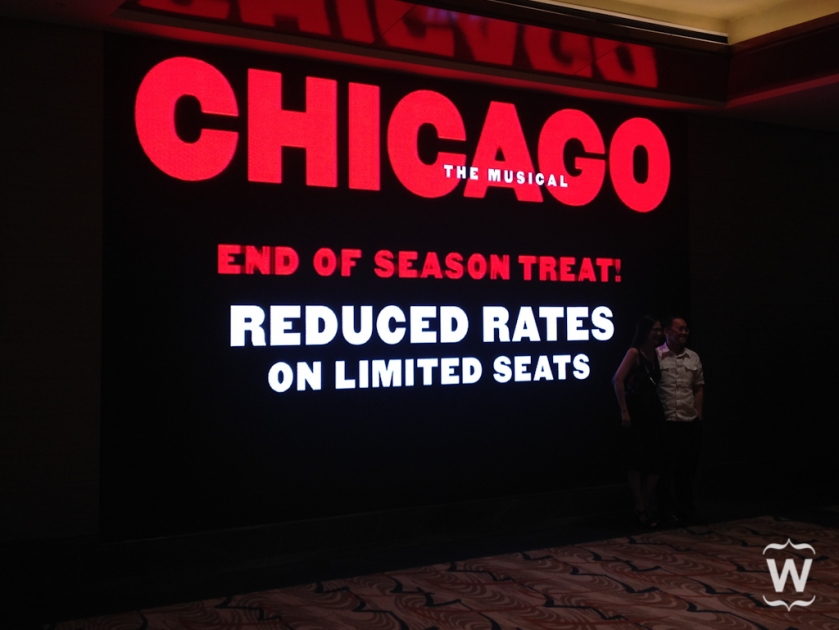 We caught one of the last shows in Manila. Surprisingly, the newly opened Theater at Solaire was far from full, at least in the balcony where we were seated. I’m guessing people were busy with Christmas parties and last-minute shopping. The upside for us was that we were able to switch seats and get a much better view.

The stage was smaller than I’d expected, but the American performance company made excellent use of it, with the cast maximizing every inch of space that wasn’t taken up by the orchestra. I loved how the lights were utilized to give the illusion of prison cells and to highlight the glitz and glamor that masked the alarming truth behind the musical. Though I’d seen the film, it was only when I watched the live production that I fully realized the genius behind John Kander, Fred Ebb, and Bob Fosse’s creation. Sadly, we still see this going on today—criminals and lawyers toying with the public to get out of a rightful sentence. As long as we’re entertained, right?

That’s the perfect word for Chicago: entertaining. Apart from the clever storyline and the riveting music, there are the crazy-good dance sequences. It amazes me how the cast managed to pull off those moves and stunts while singing at full voice and, for some of them, wearing heels to boot. Now, that’s talent. Bianca Marroquin and Terra C. MacLeod rocked the roles of Roxie Hart and Velma Kelly respectively, and so did the actors who played Billy Flynn, Amos, and “Mama.” I enjoyed how the cast interacted with the orchestra, especially with the conductor and how they broke the fourth wall at times. It made for a more personal experience.

I was definitely razzle-dazzled and impressed by this production. No wonder it’s said to be the longest-running American musical in Broadway.

And that, guys, is how you end the year on a high note. 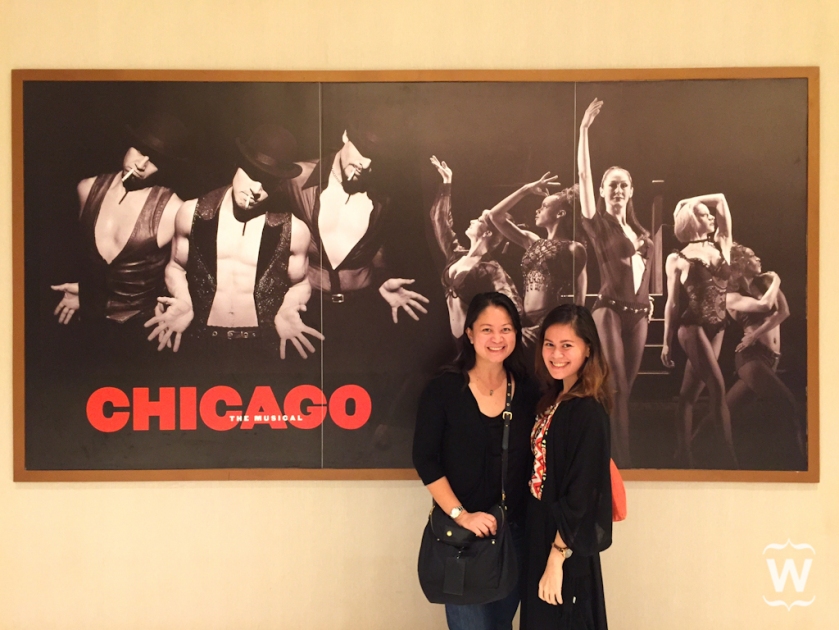