One of my favorite things about traveling is how it shows me how different other cultures and countries are from my own, just as it reveals how similar they can be as well. I love how no two places are the same. How every experience brings me another level of appreciation, of understanding and misunderstanding of the world. How the most random people I come across impact me in the most unexpected ways.

A few days ago, I came home from a short trip to Ho Chi Minh City, Vietnam–at least that’s how it’s properly called these days. I much prefer Saigon, if not because it reminds me of that beautiful musical I’ve yet to watch, then because it paints a picture more vivid and representative of the city than “Ho Chi Minh” or HCMC.

Many things about Saigon reminded me of other Asian countries I’ve been to, including my own–from the tangle of electrical lines criss-crossing along the streets to the busy markets where shoppers haggle their way to the best prices. But you know the first thing about Saigon that seriously made an impression on me? 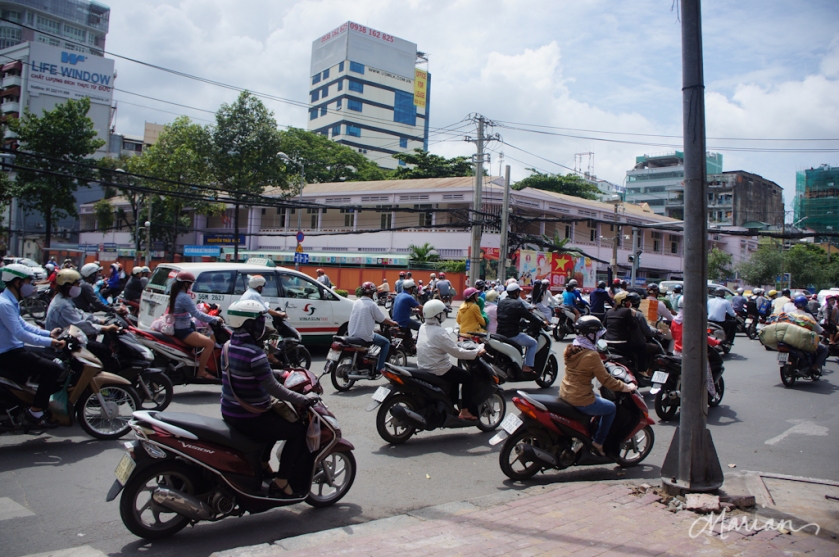 They’ve got a lot. Like, a LOT. And they’ve got their own unique traffic rules too. In fact, my friend bought this shirt that said something like: Green means go, yellow means go, red means you can still go. It cracked us up…and if you’ve ever traveled to Saigon, you’d understand why.

Crossing the streets was a heart-pounding exercise in bravery and quick instincts, especially when we didn’t have the relative protection of a traffic light (which was absent more often than not). I almost got run down by a taxi–on a pedestrian crossing. A Caucasian couple laughed at me as I muttered, “Oh, shit. Oh, shit,” when my friends and I got trapped in the middle of a roaring wave of motorbikes. But when we sort of mastered the art of crossing the street in Saigon–or maybe it was more of me mastering the art of sticking close to our guy friends as they led us through the fray–it felt like a huge achievement. A badge of courage, if you will. Of course, experiencing the city from a motorbike was a whole different rush…but that’s a story for another time. 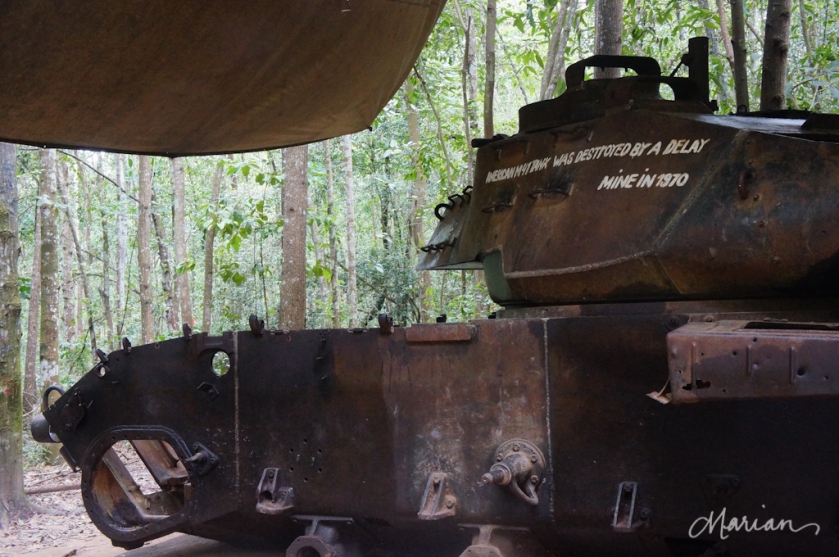 The other thing about Saigon that really stuck with me, save for their ca phe sua da (that’s a given–Vietnamese coffee rocks), was the toll their war had on the country and its people. We visited the Independence Palace, War Remnants Museum, and the Cu Chi tunnels, and they reminded me of visiting the DMZ in Korea, the Berlin Wall and Dachau Concentration Camp in Germany, the Anne Frank House in Amsterdam, and so many other places that stand tribute to the ravages of war. They brought to mind my country’s own battles in the past and the bloodshed in Israel and Palestine in the present. It’s heartbreaking how war and conflict and mass killings are practically staples in each country’s history. It’s such a disappointment for humanity as a whole–even more so because, despite all the horrors we’ve experienced in the past, we just can’t seem to keep history from repeating itself. When hundreds of thousands of lives are destroyed, basic human rights trampled upon, and the young, helpless, and innocent chalked up to “casualties” and statistics, does anyone really win? 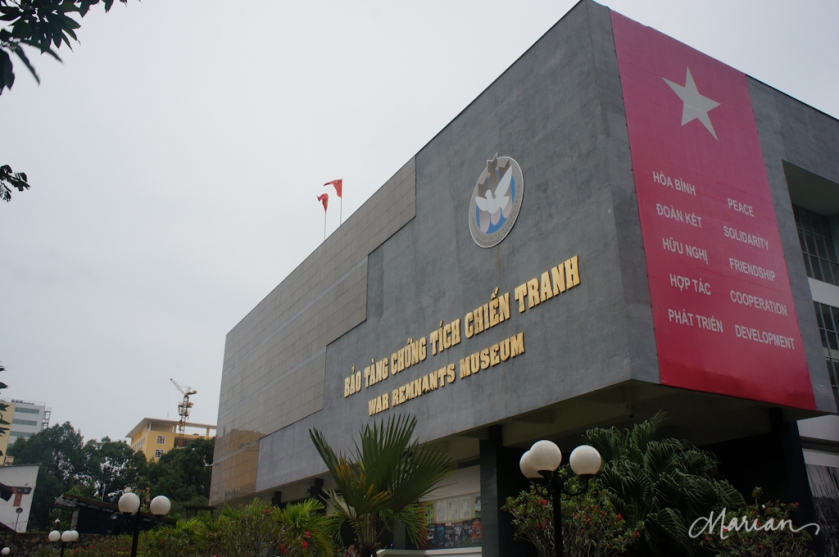 We hadn’t really planned on entering the War Remnants Museum. We were tired from a long day of walking and sleepy from our midnight flight, so we decided to just take some pictures from outside then have an early dinner near our hotel. Besides, we only had about thirty minutes before the museum was scheduled to close. But curiosity–and the cheap entrance fee–brought us inside anyway, and thank God it did. We didn’t get to see all of the museum, but what we did see made my heart ache. Accounts of children and women murdered senselessly. Photographs of people living with the effects of Agent Orange. Many of them hadn’t even been alive during the war–they’d gotten exposed to the chemicals through breastfeeding.

Yet as painful as it was to see those images, it didn’t compare to seeing victims of that herbicidal warfare in person. In the four days we were in Saigon, we saw more than a handful of them. Lying on the streets. Working on native handicrafts. Selling souvenirs in the night market. Serving food in restaurants.

During our last day, my friend and I had a late lunch near our hotel in Bui Vien Street. We stayed on the second floor, which was air-conditioned and had free Wi-Fi. I was checking my phone when our waiter brought us our orders. To my surprise, one of his arms ended at the elbow. We thanked him, and he went along. At the end of the room, there was a door leading to the stairs. As he approached it with his tray, a lone diner, a Caucasian man in a long-sleeved dress shirt, left his laptop, stood, and opened the door for him. They exchanged a few words I couldn’t hear. It was such a simple encounter, but it was huge in its simplicity. It was a small act of kindness that many, including myself, might not think of doing, maybe because we’re preoccupied with our own stuff or because we’d rather turn a blind eye to other people’s struggles. It got me into thinking that that was exactly what our world needs–more people willing to go out of their way to make life better, easier for others. More people willing to put down the convenient shield that technology offers to interact with people one-on-one. Maybe if there were more people like that, and if I were more like that, the world would be a much better place to live in.

Watch out for more on my trip to Saigon. And don’t worry, my next post won’t be as heavy as this one is.