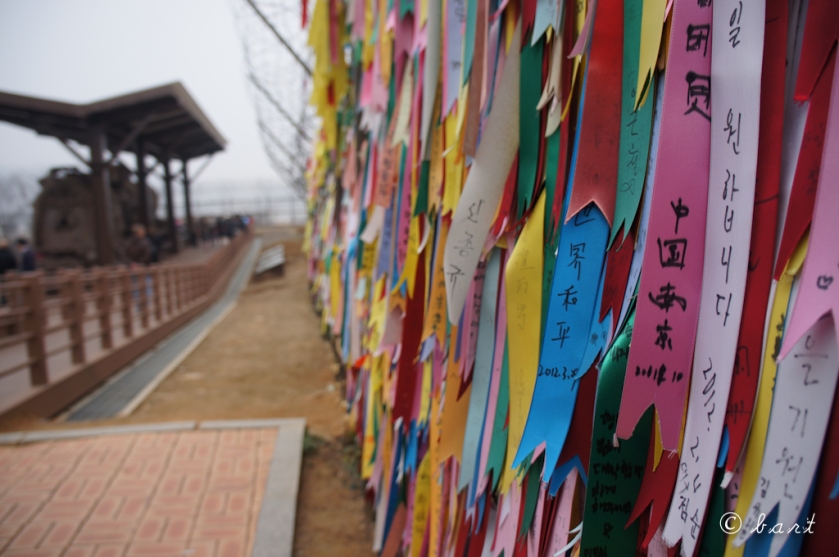 It’s sad that most, if not all, countries have a history of violence that has defined, molded, and transformed them so completely. I haven’t gotten around to writing about my last three days in Korea, but I decided that what we visited on my final day deserved a post of its own.

Before our trip, I didn’t really know much about the history of Korea (due in part to my propensity for sleeping in history class back in high school). I knew there was a North Korea and a South Korea…Yes, that was basically it. So when my brother mentioned that we include DMZ in our itinerary, I was clueless and just nodded along. It took us some maneuvering since my stay was much shorter than my siblings’, but we managed to allot my last day for our trip there. We booked a half day tour to give me enough time to prepare for my flight later that evening.

Though our trip was quite short, I have to say that DMZ was one of my most memorable experiences in Korea just because of its sheer relevance to Korean history. Seeing the ambushed train and all the memorials, and listening to the commentary of our guide gave me that much more appreciation for what Korea has been through and is still going through to this day.

Here are a few snapshots from our trip to the DMZ, along with some facts about the places we visited. 🙂 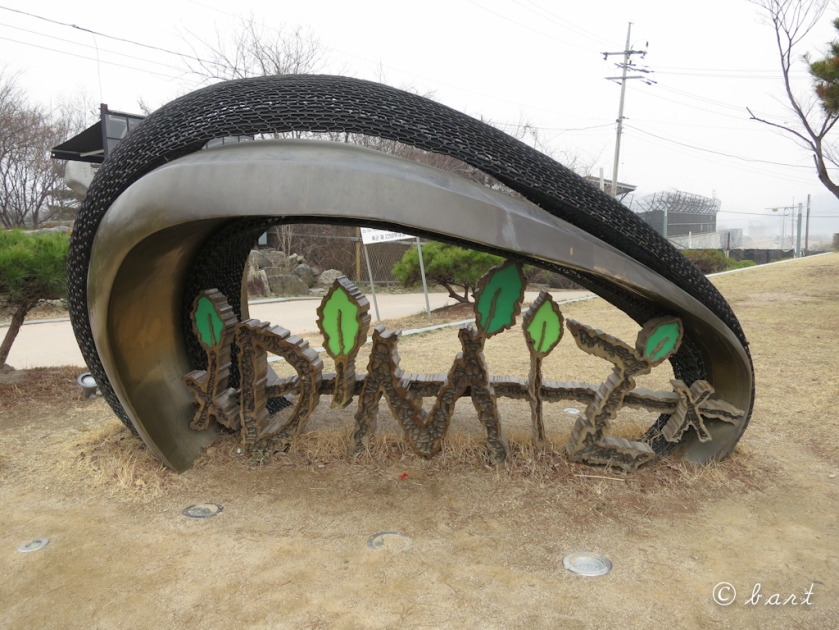 Just what is the DMZ?

DMZ stands for the Demilitarized Zone, and what should be neutral territory. In Korea’s case, it’s a stretch of land, roughly 4 km wide, that cuts across the Korean peninsula, separating the North from the South. It was designated as such after the Armistice Agreement between the Democratic People’s Republic of Korea (North Korea), the Republic of Korea (South Korea) and United Nations Command was signed on July 27, 1953. The ironic thing is that, contrary to its name, the Korean DMZ is known to be the most heavily guarded border in the world. (Read more about it here) 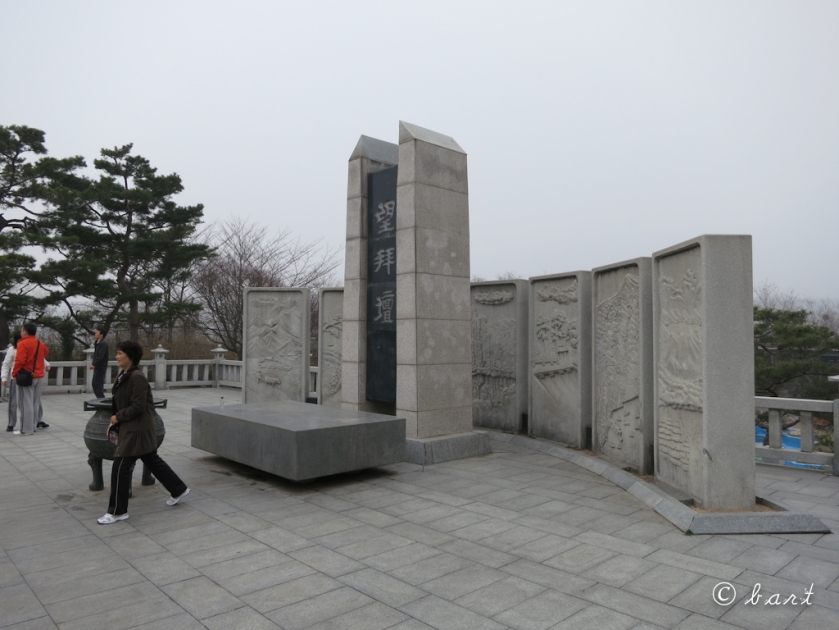 This area was developed in memory of the many lives that were affected by the Korean War, and in the hope that Korea would be unified one day. According to our tour guide, it has become tradition for locals to come here and pray for their loved ones who have not been able to return home since the division of their country. A wire wall decorated with colorful ribbons on which names are written is a testament to the people’s sorrow and hope.

Here, we also found the Freedom Bridge, where 12,773 prisoners of war walked on foot back to South Korean territory in an exchange of prisoners after the Armistice Agreement was signed.

Dorasan is the northernmost station situated along the Gyeongui railroad line. While highlighting the division between the North and the South, it is also hoped that this station will foster interchange between the two, especially as this will eventually provide entry into the North for Chinese and Russian trade. For now though, it’s mostly known as a tourist spot where people line up to take photos with the Korean soldiers on duty. 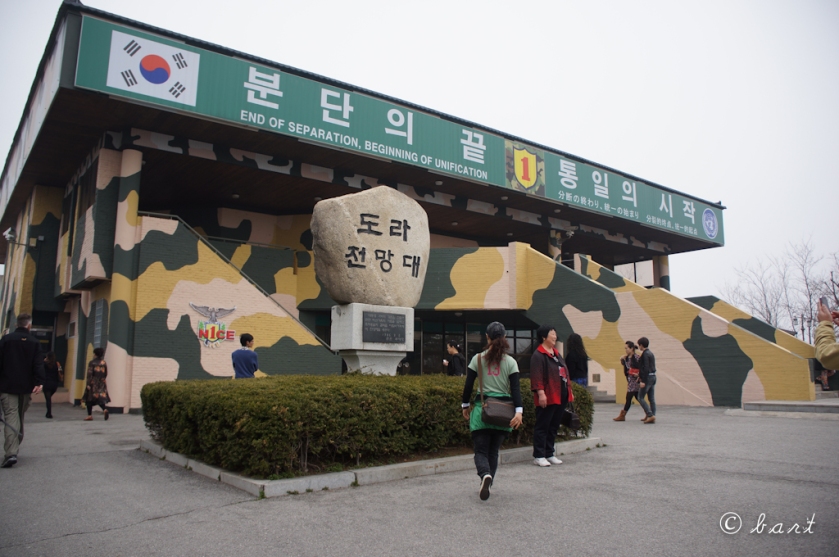 This observatory provides the closest view of North Korea. Through one of the telescopes, you can see a stretch of farmland and, if the weather’s clear, some buildings of Gaeseong City. Inside the observatory is a window-fronted auditorium which looks out onto North Korea. Here, they show a video narrating the story of the DMZ and pinpointing the buildings and important areas in North Korea that may be seen from the observatory.

In 1974, South Korea discovered what would turn out to be the first of several tunnels dug by North Korea under the DMZ crossing into the South. To date, they have found four tunnels and it is believed that there are still others that have yet to be unearthed. It was due to a North Korean defector that the Third Tunnel was located in October 1978, a mere 44 km from Seoul. Its construction was such that an estimated 30,000 armed men could pass through it in an hour’s time.

This was, for me, the highlight of the entire tour. The trip down through the walkway is pretty easy, and you are equipped with your own hard hat for protection. Then you hit the bottom at 73 m below ground level and are closeted in a 2m high x 2m wide space. All in all, the tunnel measures over 1.6 km, but visitors can only go up to 265 m into the tunnel. There, you’ll find the last of the three concrete blockades that South Korea built to prevent the passage of North Korean soldiers. From this point, it’s 170 m to the military demarcation line. Through a window in the third barricade, you can see to the second, and that’s about it.

The truly memorable part was getting out of the tunnel. A slope of eleven degrees seems like such a small thing, but when you’re climbing 358 m up in an enclosed space along with several other tourists…Well, if you’re like me, you’re bound to get a bit woozy. I know I was, and I ended up rather weak in the knees and short of breath — and not in a good way. It was a great experience though, and again, worthy of being considered as one of my Epic Ups. Unfortunately, photography is not allowed inside the tunnel. 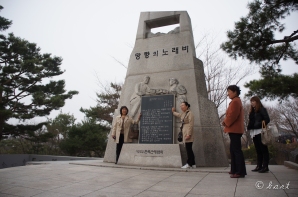 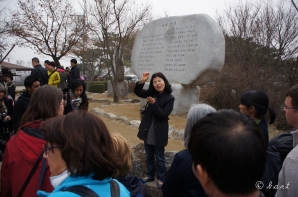 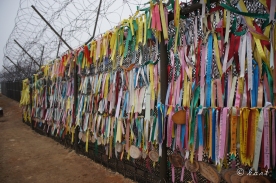 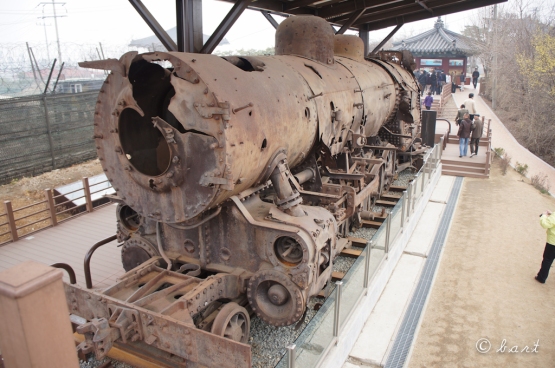 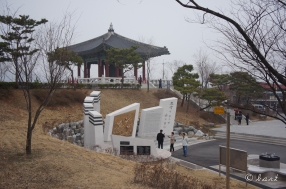 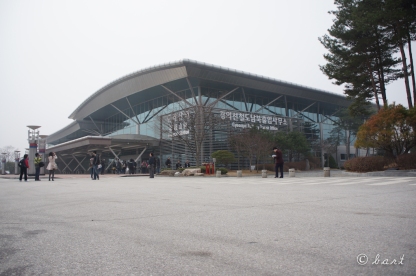 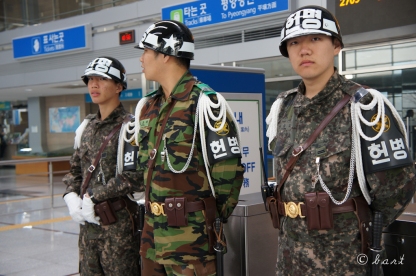 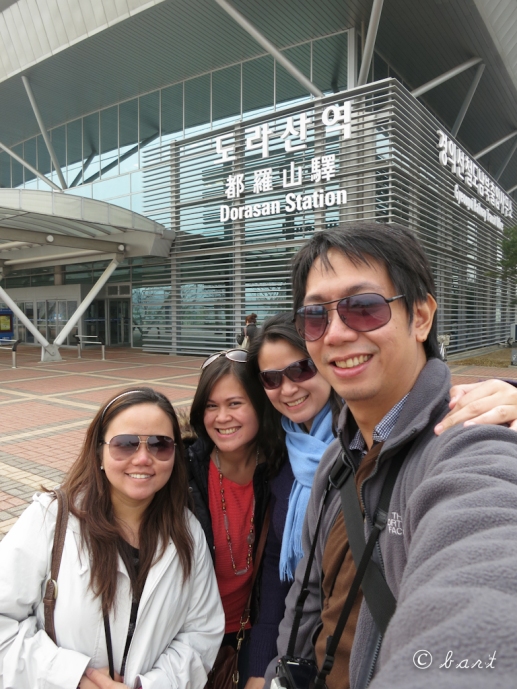 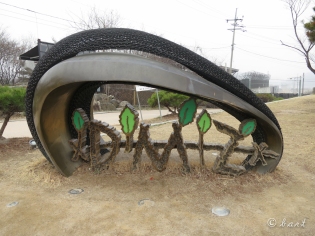 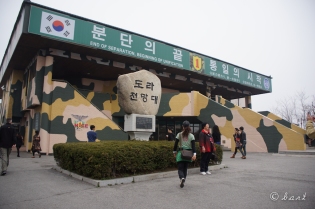 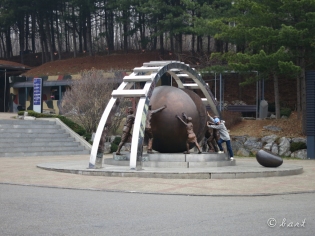 // As always, photo credits go to my brother and sister (I don’t even remember if some are mine). 🙂